It just doesn't happen. This is one of these claims, where I'm first speechless and then very close to losing it because it's just so obviously utterly false.

Look at the sun's movement in Tokyo. Then, 6 months later, fly straight south to Adelaide and look at the sun again. You will see the exact same thing happening, only with north and south positions switched. You have the same times for dawn and dusk, the sun will be at the same angles at the same time of day. 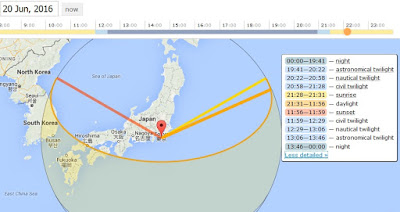 
Here's Adelaide during its summer solstice, on December 21, 2016 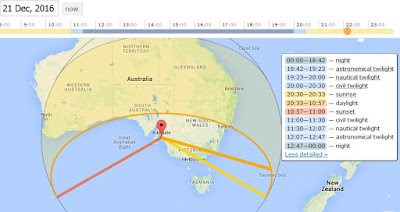 Subtract an hour from Tokyo time due to different time zones and there you have it. The tiny offset of max 2 minutes (rounded) has two reasons:

-Adelaide and Tokyo are not on the exact same longitude.

-The earth does not complete a perfect 180°00'00'' orbit after exactly 6 months. We have leap years for the very same reason.”

By the way, in the video it appears that the sun is shrinking as it approaches the horizon. In fact what we are seeing is the flare around the sun - the apparent size is much bigger than the true disk of the sun. This still is not what we should see on a flat earth , which is this 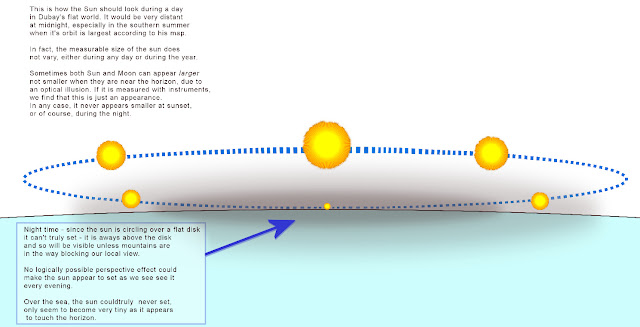 For more on this issue see claim number 55 here.