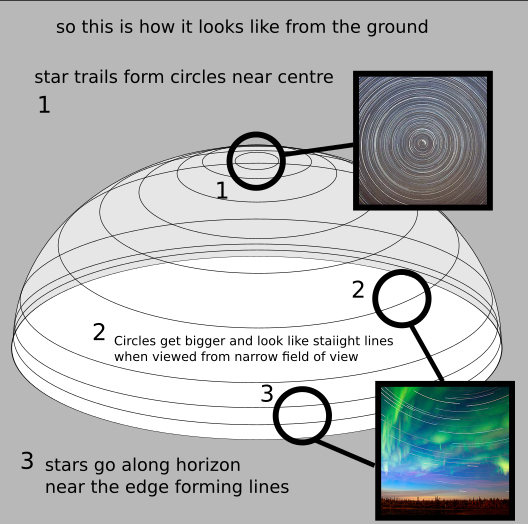 Milestone! Also, what do they mean?

I'm not fully sure what Dubay means here. I think he’s sort of imagining a ceiling of stars with a sphere below it or something?

You can't see all stars simultaneously, because they are all around us. And one side of the planet is day while the other is night.

Incomprehension of the model.

It only often serves as orientation to find the celestial pole because it is remotely close to it.

Sigma Octantis is the star closest to the southern celestial pole. It is a bit harder to see than Polaris because it's much fainter, but this one you CAN see from every point in the southern hemisphere at the same time (provided it's nighttime of course).