110) “Magellan and others’ East/West circumnavigations of Earth are often quoted as proof of the ball model. In actual fact, however, sailing or flying at rights angles to the North pole and eventually returning to one’s original location is no more difficult or mysterious than doing so on a globe. Just as an architect’s compass can place its center-point on a flat piece of paper and trace a circle either way around the “pole,” so can a ship or plane circumnavigate a flat-Earth”.

The trouble with this (and the previous similar claim in 109) is that you would obviously have to keep turning right (in a clockwise journey) or left (anticlockwise). That’s not what happens. 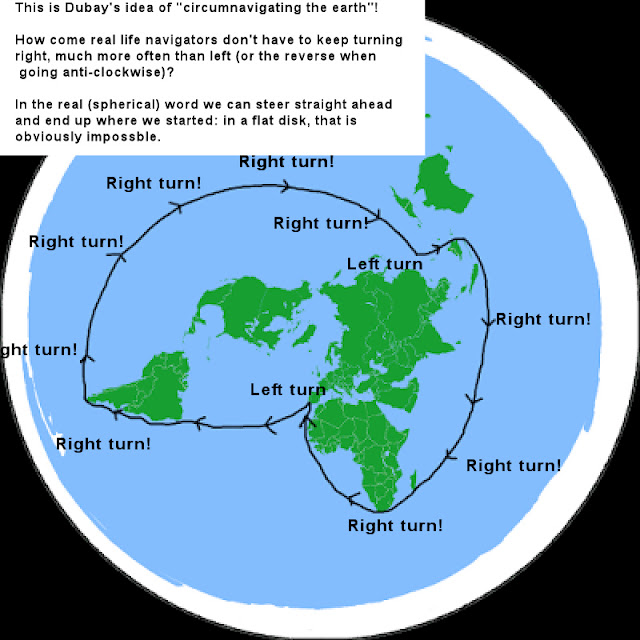 And you would see a quite different set of changes in the apparent position of the stars overhead. Stars would retain the same height (ascension) above the horizon, but there apparent bearing would change. Instead, the angle of ascension changes as well, because we are moving around the curved surface of a sphere.

What we see confirms the round earth.

The fact that you can find a 2D-projection of earth where equatorial circumnavigation is possible, is in no way a disproof of a globe, nor a proof for a flat earth. You can, however, point out that distances (except for lines through the center), surface areas and angles on the presented azimuthal projection in no way match up with what we see and experience in our world (map problem #34/35). Magellan's journeys would have taken very much longer if you factored in the distances taken from a flat earth map; just like any flight that you take, especially in the southern hemisphere (flight problem #43 and many more).

Apparently, distance is a myth, too.

Dubay does do realise how much longer it would take at different latitudes, in his  non-existent model? Because each line of latitude gets larger, on his map (in which no numbers are ever given for distances)

No? Ah. Also, it's not often quoted as proof, because it's just a demonstration. You do realise we've known that the earth is roughly spheroid since the Ancient Greeks, possibly before that?

Likewise, when aircraft fly all or part of the route shown in Dubay’s right hand (flat-earth) version
here, why do the flight logs and instruments not show constant course corrections to follow a circular route. Such corrections are not necessary in a real-world great circle route, of course. 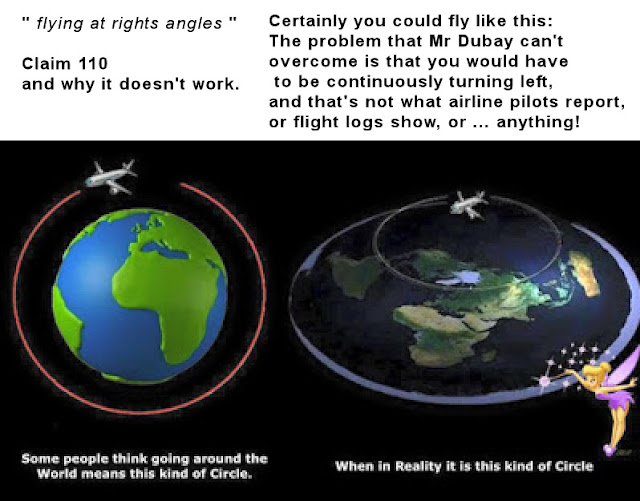