145) “Heliocentrists believe the Moon is a ball, even though its appearance is clearly that of a flat luminous disc. We only ever see the same one face (albeit at various inclinations) of the Moon, yet it is claimed that there is another “dark side of the Moon” which remains hidden. NASA states the Moon spins opposite the spin of the Earth in such a perfectly synchronized way that the motions cancel each other out so we will conveniently never be able to observe the supposed dark-side of the Moon outside of their terrible fake CGI images. The fact of the matter is, however, if the Moon were a sphere, observers in Antarctica would see a different face from those at the equator, yet they do not – just the same flat face rotated at various degrees.”

In fact we do see about 59% of the moon, due to libration.

"If the Moon were a sphere, observers in Antarctica would see a different face from those at the equator."

Let's calculate how "different" the face would be:

Not very different I must say. “


In any case, it is Dubay's flat earth argument that has a major problem with explaining the appearance of the moon. I explained the problem in Point 55, but here's a diagram I used there to outline it again. 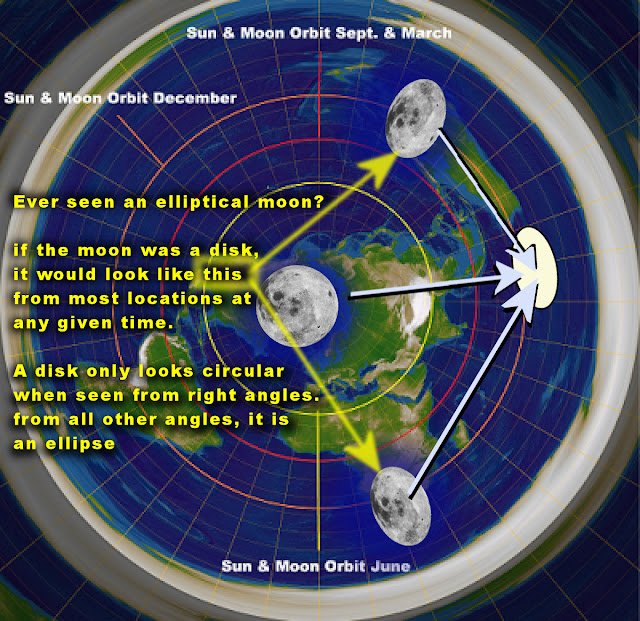