174) “NASA graphics artists have placed things like faces, dragons, and even the word “SEX” into cloud patterns over their various ball-Earth pictures. Their recent 2015 Pluto pictures even clearly have a picture of Disney’s “Pluto” the dog layered into the background. Such blatant fraud goes unnoticed by the hypnotized masses, but provides further proof of the illegitimacy of NASA and their spinning ball planet mythos.”

Have you heard of Pareidolia? Dubay and Rowbotham are about to describe it.

It is s the psychological phenomenon where we see patterns that aren't there.

It’s what makes people see symbols from their favourite religion in pieces of toast, e.g. the name of Mohammed or Jesus’ face.

Our brains are primed to seek out patterns that we recognise. From birth, it's important to us to identify our mother's face, for instance. That’s why there are so many “witches faces” in random rock formations, for example.

I didn’t see the word “sex” in Mr Dubay’s photo until he primed me to see it, and even then I had to work hard. If there hadn’t been that one straight piece of cloud, it would look like nothing at all.

Now here is the strange and amusing thing. Even though Mr Dubay uses this as “proof”, elsewhere he describes exactly the pareidolia effect himself, to excuse the  people see craters on the moon at all angles, showing that it is a globe, too.

So read this extract from Mr Dubay’s own blog where he quotes Rowbotham and demolishes his own argument, describing the illusion of pareidolia!
I've made the key parts bold to highlight them:

“Hey Anon, thanks for the questions. Let me answer your first question with one of my own. How do you know you're looking at "craters" on the Moon?
“Astronomers have indulged in imagination to such a degree that the moon is now considered to be a solid, opaque spherical world, having mountains, valleys, lakes, or seas, volcanic craters, and other conditions analogous to the surface of the earth. So far has this fancy been carried that the whole visible disc has been mapped out, and special names given to its various peculiarities, as though they had been carefully observed, and actually measured by a party of terrestrial ordinance surveyors. All this has been done in direct opposition to the fact that whoever, for the first time, and without previous bias of mind, looks at the moon's surface through a powerful telescope, is puzzled to say what it is really like, or how to compare it with anything known to him. The comparison which may be made will depend upon the state of mind of the observer. It is well known that persons looking at the rough bark of a tree, or at the irregular lines or veins in certain kinds of marble and stone, or gazing at the red embers in a dull fire will, according to the degree of activity of the imagination, be able to see many different forms, even the outlines of animals and of human faces. It is in this way that persons may fancy that the moon's surface is broken up into hills and valleys, and other conditions such as are found on earth. But that anything really similar to the surface of our own world is anywhere visible upon the moon is altogether fallacious.” -Dr. Samuel Rowbotham, “Zetetic Astronomy, Earth Not a Globe!” (335)”

“It is well known that persons looking at the rough bark of a tree, or at the irregular lines or veins in certain kinds of marble and stone, or gazing at the red embers in a dull fire will, according to the degree of activity of the imagination, be able to see many different forms, even the outlines of animals and of human faces”

Yes, exactly  or they may see the word “sex” in clouds, or Pluto the cartoon dog!

By the way: remember these amateur photo of the moon which I showed in point 144? 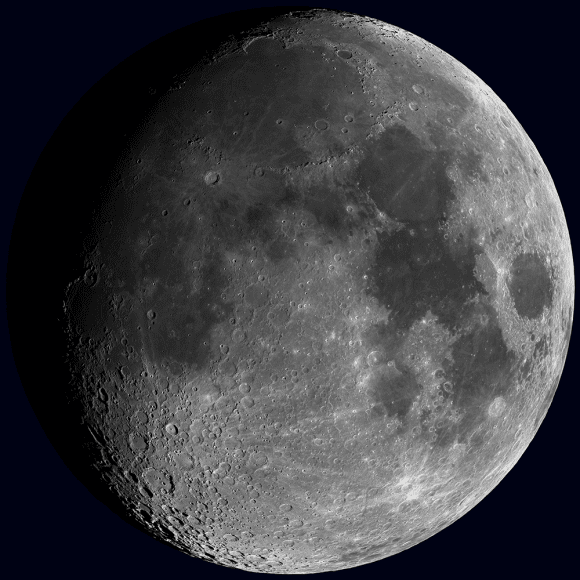 Clearly Rowbotham had never seen such a picture when he wrote in the 1800s. What is Mr Dubay's excuse for repeating his idiocy in the 21st century?

To repeat, pictures like this are taken regularly by amateurs with affordable equipment. I've seen such views myself through a fairly basic telescope. It is real, and anyone can check it.

But Mr Dubay believes that facts and evidence don't matter when they challenge his dogma.
Posted by Inti at 16:07