118) “Furthermore, the velocity and path of the Moon are uniform and should therefore exert a uniform influence on the Earth’s tides, when in actuality the Earth’s tides vary greatly and do not follow the Moon”.

Let's claim something demonstrable false, and then make a point of something clear.

First off, the velocity and path of the moon are anything but constant/uniform.

And of course closed surfaces don't experience clear tides, the water can't flow. Still, the Great Lakes do have tides.

The LHC actually corrects for the tides.

The moon is the main cause of tides, but there are other factors that affect the size and timing of the rise and fall. The shape of the land at the edge of oceans influences the tides, too. For instance, if water is drawn into a narrow channel , it “piles up” and the tide becomes higher.

Another factor is that the Sun also exerts a gravitational pull. Everything does, in direct proportion to it’s mass and in inverse proportion to the square of its distance. The Sun is much more distant, but much much more massive than the moon, so it too pulls on the oceans a little.

When the Moon and the Sun are lined up more or less on the same side of the Earth, the gravity of each is pulling in the same direction. Then we get ‘spring tides’

When the Sun and moon are at right angles to each other, their gravity pulls in different directions, we get ‘neap  tides’, whch are much lower. All perfectly logical. No contradictions.

You go on: “Earth’s lakes, ponds, marshes and other inland bodies of water also inexplicably remain forever outside the Moon’s gravitational grasp! If “gravity” was truly drawing Earth’s oceans up to it, all lakes, ponds and other bodies of standing water should certainly have tides as well.”

Ask yourself: what is the main difference between lakes and ponds, on the one hand, and seas and oceans on the other? Size! That answers your questions. A pond is far too small for the effect of the moon’s gravity to be noticeable. When there is much more water, its rise and fall is much more obvious.

And smaller seas, like the Mediterranean, have smaller tides than the great oceans, like Atlantic or Pacific, for the same reason. 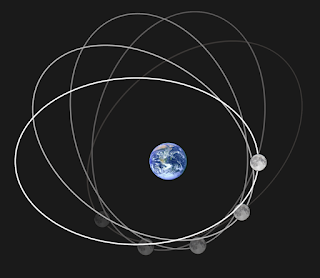 2) Tides are not only influenced by the moon. The sun's tidal force is 46% as large as that of the moon. That's the reason why we have spring and neap tides. 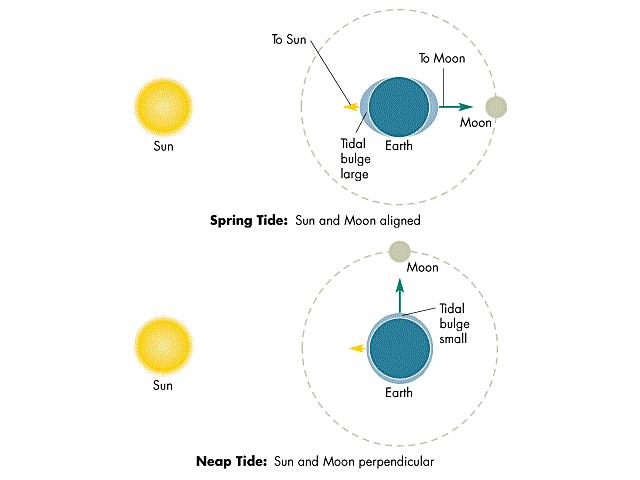 3) A body of water has to be large enough for it to be noticeably tide-effected. Big lakes have tides in the cm-range, but they are almost not noticeable.