111) “Since the North Pole and Antarctica are covered in ice and guarded “no-fly” zones, no ships or planes have ever been known to circumnavigate the Earth in North/South directions. The only kind of circumnavigation which could not happen on a flat-Earth is North/Southbound, which is likely the very reason for the heavily-enforced flight restrictions. The fact that there has yet to be a single verified North/South circumnavigation of Earth serves as standing proof the world is not a ball.”

Short answer – this is simply false.

For instance, here are some North/South circumnavigations:

Still , it’s pretty hard to do, given the weather conditions, especially over/around the Antarctic

That’s why most circumnavigations go east west, where conditions are easier. However, North/South great circle flights have been done.


Empty claim + Incomprehension of the model1) If the continent of Antarctica covers the south polar region of the globe (just like the north polar region is mostly covered in ice), how is a ship supposed to circumnavigate the earth from north to south? This is not possible on a globe and the fact that it hasn't happened, doesn't prove or disprove anything. It's a purely illogical statement.

2) As shown in #43, commercial airlines have no reason (geometrically) to fly directly over Antarctica. All existing available connections between Australia, New Zealand, South Africa and South America (Santiago-Sydney or Auckland-Johannesburg, you name it) have their shortest distances between each other not leading over the mainland of Antarctica. Here is Santiago-Sydney again: 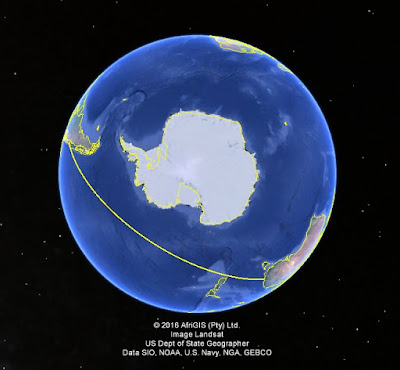 Edit: I suggest a read of this thread on Metabunk _ that is, the whole thing, don't just cherry-pick the few people who claim that it can't be done!

Here is an extract

"I fly for Qantas Chris, although not on the 747 which does that route. The flat earth does not work for people like me.

I can tell you that the QF28 (Santiago to Sydney) is airborne as I write this. It has a planned flight time of 13 hours 27 minutes and a planned distance 6347 nautical miles.

Here is the planned route, currently the aircraft would be approaching the 70 degree South waypoint. The guidance system is linked to GPS receivers and inertial systems. I fly over a globe, otherwise none of what I do would work. Simple as that." 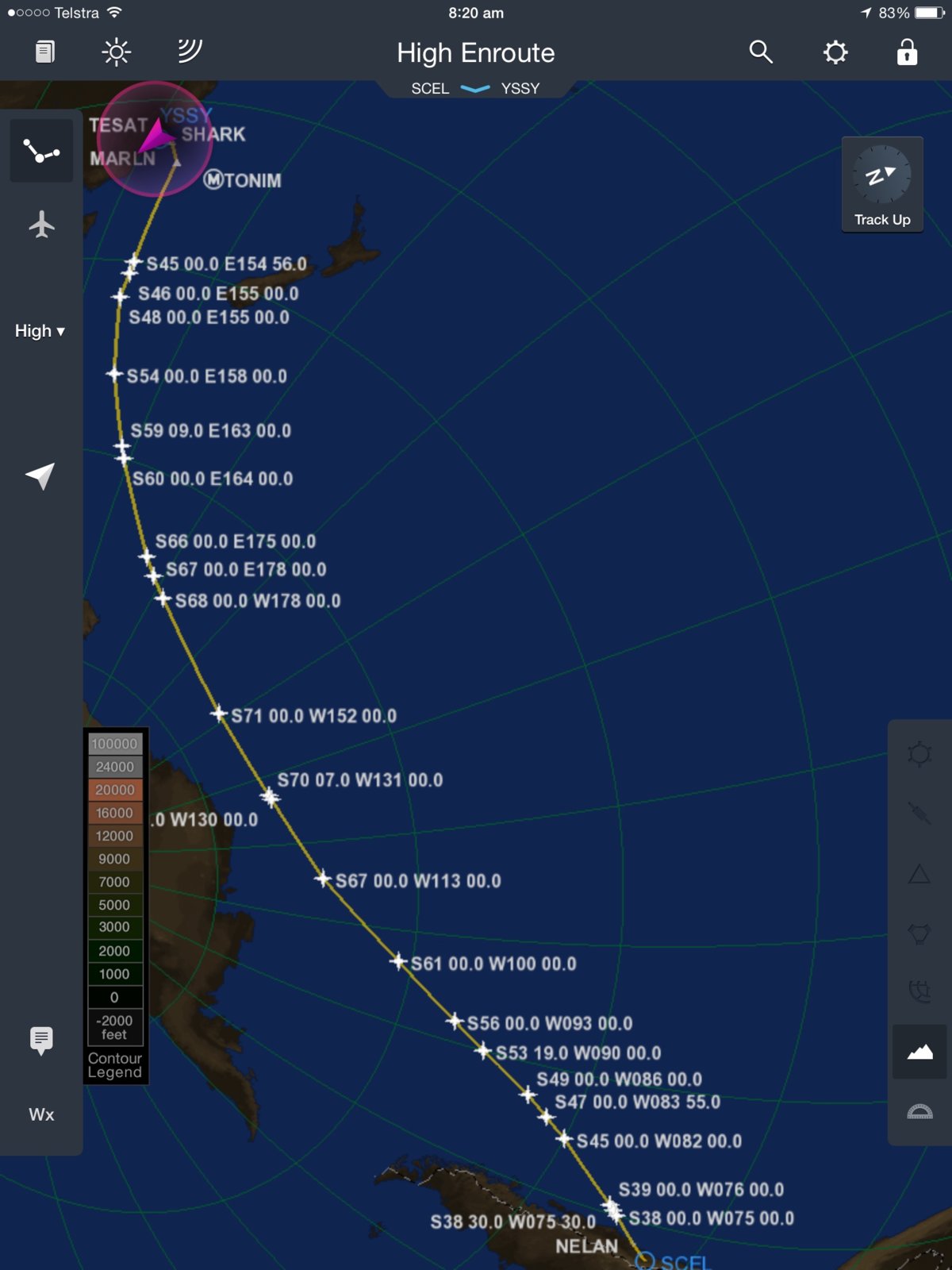 3) How big is Antarctica? 14 million km². Let us please just for once put that into perspective. That means it is bigger than Brazil (9m. km²), bigger than the USA, China, Canada (10m. km² each) and almost as big as Russia (17m. km²). It's even bigger than the US and India (10+3m. km²) combined. It is a huge place. And not only that, it is also surrounded by lots and lots of water (mind the projection): 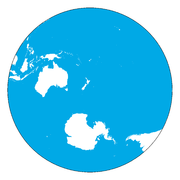 Now think about making an emergency landing in the middle of that. With the nearest big city, Melbourne, being 5.800km away (3.600 miles). At −63 °C (−81 °F). And that is AVERAGE temperature in Antarctic winter. It's huge, it's barren, dark (for half a year) and it's terribly cold.

Making an emergency landing in this place means that you would be frozen to death long before anybody could reach you.
Compared to the South Pole there is not one place on earth that is even a close match in terms of desolation. If you think Norilsk in Russia is a remote and desolate place, think again.

That is why nobody wants to go there. With the exception of scientists, daredevil explorers and maybe rich people who ran out of things to do. And these are exactly the people you find, when you arrange a flight and go there:

Oh, and even some flat earth believers have understood that this makes no sense;

This discussion at Metabunk shows a real flight that proves Dubay's claim to be nonsense: 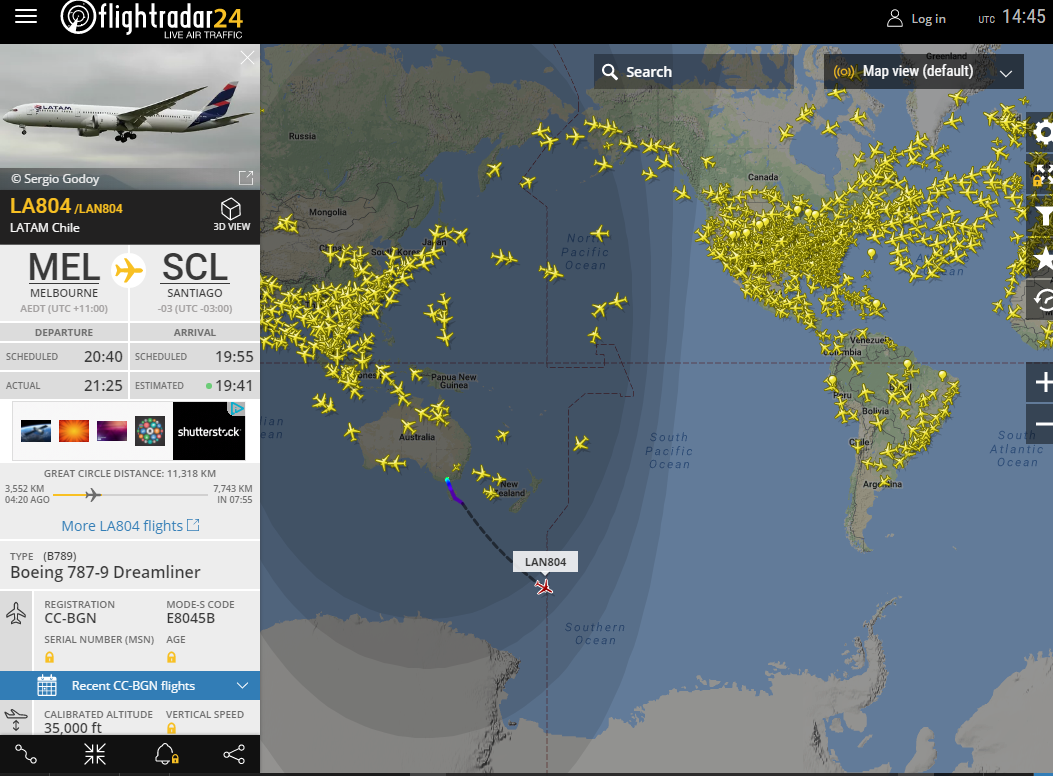 
And from the same thread: 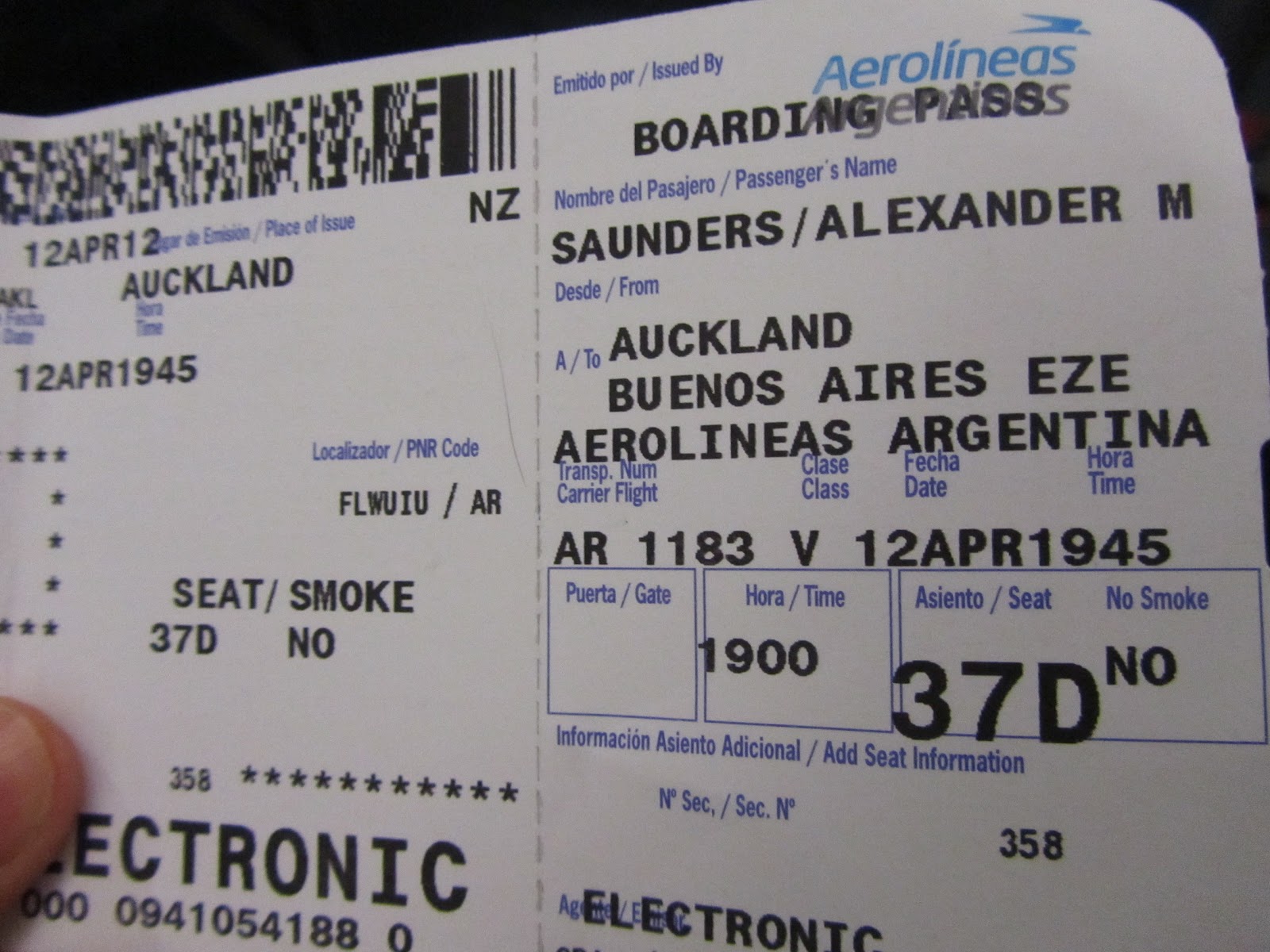 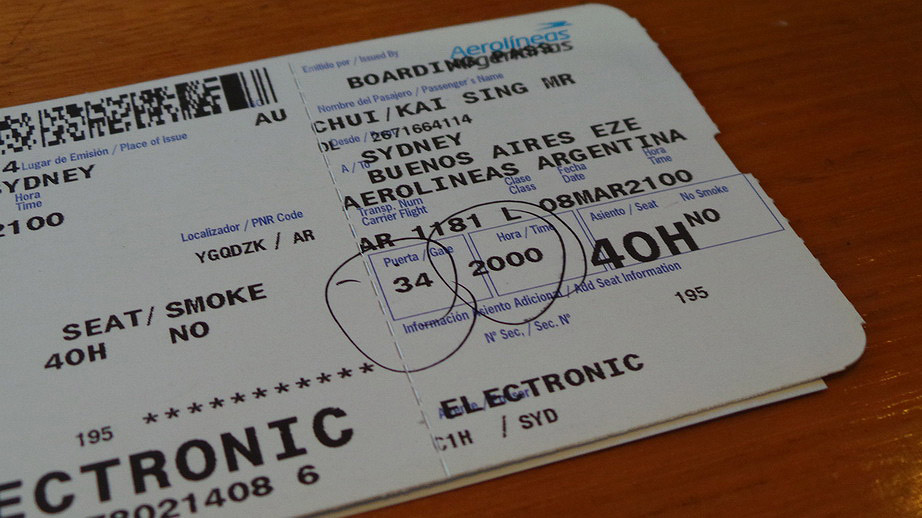