191) “From Pythagoras to Copernicus, Galileo and Newton, to modern astronauts like Aldrin, Armstrong and Collins, to director of NASA and Grand Commander of the 33rd degree C. Fred Kleinknecht, the founding fathers of the spinning ball mythos have all been Freemasons! The fact that so many members of this, the largest and oldest secret society in existence have all been co-conspirators bringing about this literal “planetary revolution” is beyond the possibility of coincidence and provides proof of organized collusion in creating and maintaining this multi-generational deception.”

Again, this is not the place to explore the folly of the conspiracy theory about freemasonry.

However, I'll spend a short time discussing this illustration that Mr Dubay uses: 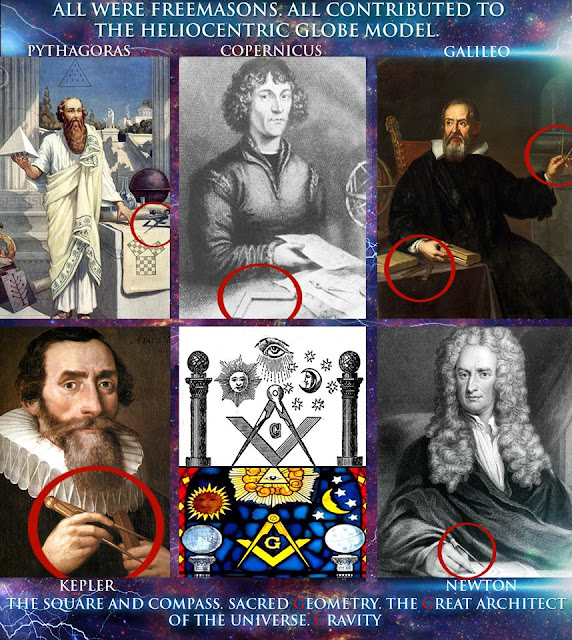 The only evidence he offers that all these thinkers were Freemasons is the presence of  a pair of compasses, or sometimes a square, in portraits of them.

Now, it's certainly true that Freemasons use the square and compasses as a symbol. That's because actual masons, that is builders in stone, have used these for many centuries as tools in their work.

So did anyone whose work involved measuring  and drawing accurately. In fact, that is the meaning of  the compasses  or setsquare in these pictures: they denote precision and care in measurement.

It's a little like the way that many present-day photos or TV interviews of thinkers include a computer in the picture.

These are standard tools used by builders, architects, map-makers, artists, architects, navigators and many others. Often, they have been used as symbols of those trades, too.

By pure chance, I noticed an example of this while I was thinking about Dubay's claim. I am a volunteer steward in a local museum, and I noticed this map on the wall there. 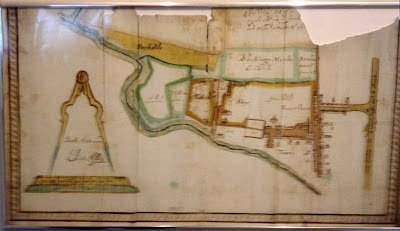 Here again is the symbol of the compasses marking out the scale on the map, and implying accurate and careful measurement. There's no necessary connection with the Freemasons when you see that.

Later, I noticed these compasses in a display of coopers’ tool  for making barrels. Does this imply that barrel makers were freemasons? 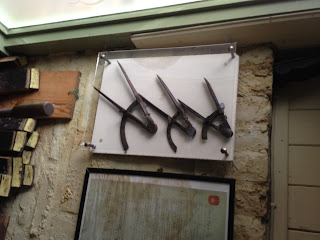 And, while I was tidying up the map photo above to post it, I noticed the icon for the tool I used to crop out the surrounding wall:

Yes, it's the square from the square and compasses, as seen beside Pythagoras, Copernicus and Galileo in Dubay's "evidence". Does this mean that this standard symbol in my image editor program is a secret tool of the Freemasons? No, it means that it depicts the tool traditionally used to get right-angles straight. As it does in Dubay's pictures.

By the way, is Dubay really claiming that Freemasonry existed more than 2500 years ago, at the time of Pythagoras?