115) “The existing laws of density and buoyancy perfectly explained the physics of falling objects long before knighted Freemason “Sir” Isaac Newton bestowed his theory of “gravity” upon the world. It is a fact that objects placed in denser mediums rise up while objects placed in less dense mediums sink down. To fit with the heliocentric model which has no up or down, Newton instead claimed objects are attracted to large masses and fall towards the center. Not a single experiment in history, however, has shown an object massive enough to, by virtue of its mass alone, cause other smaller masses to be attracted to it as Newton claims “gravity” does with Earth, the Sun, Moon, Stars and Planets.”

Not worth much of a reply. Why would denser things sink if there is no gravity? What force would cause this?

(If that is already clear to you, skip this next paragraph).

Less dense objects rise because they displace a greater mass of the surrounding medium. (That is, the volume of the object contains less mass than the amount of the surrounding medium that is displaced.) But this wouldn’t cause any movement, up or down, unless there was gravity – remember in the scientific view, weight is the combined effect of mass and gravity. If there is no gravity, what is it that acts on objects of different density to “sort them into order” vertically?

And the last sentence of this claim is just wildly false, historically. Here is one experiment demonstrating gravitational attraction of smaller bodies.

Here is a Youtube video of the first experiment being repeated:
https://www.youtube.com/watch?v=UgWaYng2eRg

It would be intersting to hear how Mr Dubay can explain the Cavendish experiment using hie "bouyancy nonsense.

Or how he can explain the many times that we have shown that dense and less dense, light and heavy  objects fall at the same rate in a vacuum. That's in agreement with Newtonian and einsteiin physics, but is incomprehensible within Dubay's silly "density" nonsense.

See. The masses cancel. Mass doesn’t matter even though matter is made of mass (physics pun). Also, I wrote these equations as scalar instead of vectors just to make it look simpler."
http://www.wired.com/2014/11/dropping-objects-worlds-largest-vacuum-chamber/

A feather and ball dropped together in a vacuum chamber.  They fall at the same speed.

Incomprehension of the model + False claim

No, they did not. Archimedes principle describes immersed and floating  (not falling) objects. Galileo (with his Pisa-experiment for instance) came closer to the truth, but still didn't have perfect explanations. If you tried to explain a falling object's acceleration only by density, there would be no way to explain slower acceleration with rising altitude (even in a vacuum). Get a scale, weigh an object with exactly 1000g at sea-level, then go up on a mountain and measure again. At 4km altitude you get roughly 998.8g. With decreasing air density at higher altitude (less buoancy) you would expect an INCREASE. The decrease is perfectly explained by gravity which decreases with distance from the center of gravity squared: 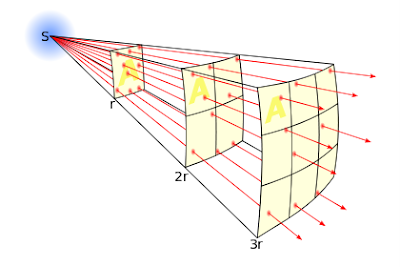 And repeating this inside a vacuum chamber will show you the exact value that is predicted with the existence of a gravitational force: 1000g*(6371/6375)²= 998.75 g (That's what the scale shows. In fact, the object's mass does not change, but it's acceleration. The scale however is calibrated for g=9.81 m/s² and will show less weight when it's 9.80 m/s² as in 4km altitude)﻿https://en.wikipedia.org/wiki/Gravity_of_Earth#Altitude

And it's funny that Mr. Dubay even mentions buoyancy because, in fact, the derivation of buoyancy only works with gravity as precondition: 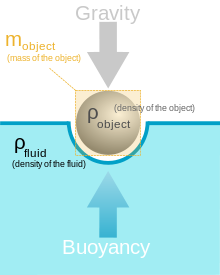 "Not a single experiment in history, however, has shown an object massive enough to, by virtue of its mass alone, cause other smaller masses to be attracted to it "

That is complete nonsense. The earth's mass is 6 × 10^24 kg. No object on earth, as massive as it may be, can create a gravitational force that can attract another object more than earth itself. And by definition, gravity works vice-versa, meaning that both objects experience the same force in opposing directions. That means a small mass attracts a big mass the same way that big mass attracts the small mass. However, earth is just far too massive (inert) to measure that with small objects. Only very, very, very massive outside objects like the sun & moon can have a noticeable gravitational impact on earth. And they do. Example: Tides (#118).